Make no mistake about it, the Mega Moolah slot game is one that you are going to enjoy playing, and you can play it for free on our website too. 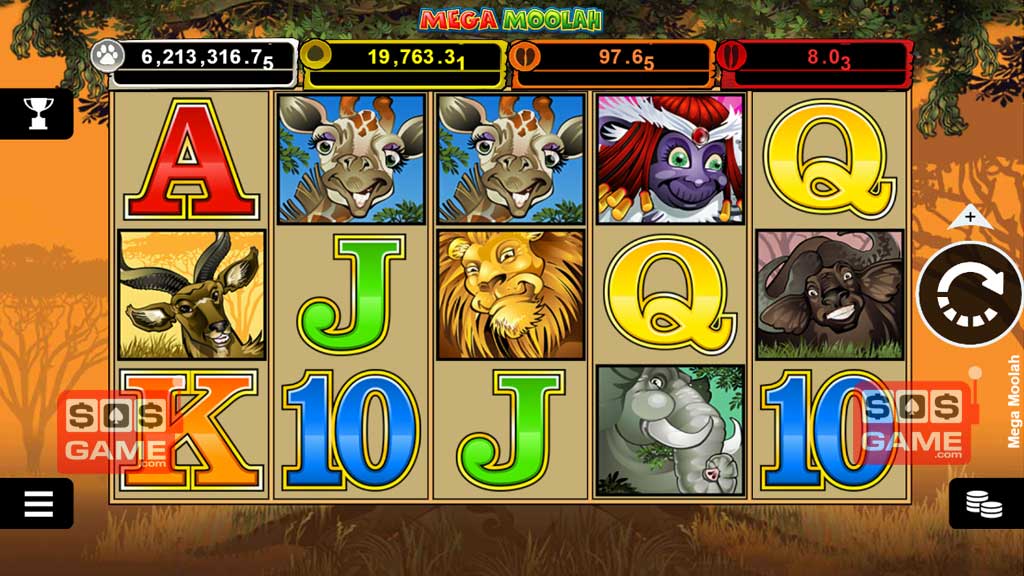 Where Can I Play Mega Moolah For Real Money?

Microgaming have launched several slot games over the years that are part of their Mega Moolah series of slots, however it is the first one in that series the Mega Moolah slot that many players do enjoy playing.

What makes the Mega Moolah slot such a popular one is that it is a slot offering as many as 25 optional pay-lines per spin, and it is a slot that offers three different coin value size settings too, so it can be played for some very low stake amounts.

However, it doesn’t matter at what stake level you choose to play the Mega Moolah slot game for as you always have the chance of winning any of its four different sized progressive jackpots which are awarded at random via a randomly awarded wheel spinning bonus game.

Even if you are not lucky enough to trigger that wheel spinning bonus game you also still have the chance of triggering its free spins feature round, and in my experience of playing this slot that is a bonus game that does tend to be triggered often.