Slot players will enjoy playing the Bingo Bango Boom slot which is fully reviewed on this website and all bonus games and the RTP will be revealed to you in this review. 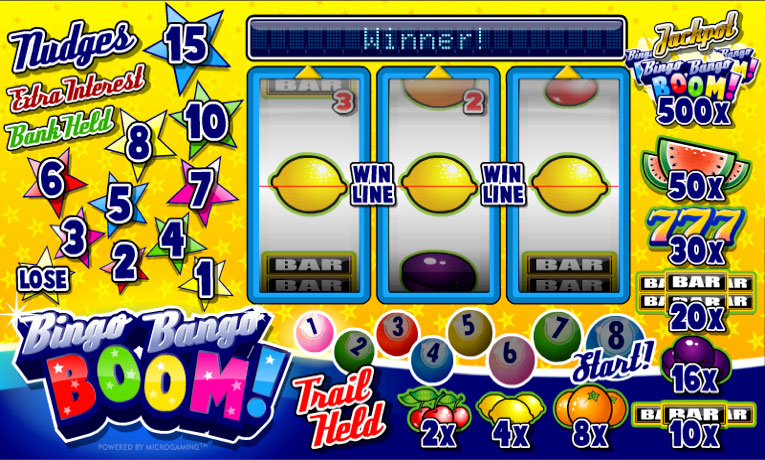 Where Can I Play Bingo Bango Boom For Real Money?

The Bingo Bango Boom fruit machine offered players a mix of slot playing action and a bingo playing session, and I say offered due to the fact that that game is no longer available online as it has, along with dozens of other Microgaming designed fruit machines been decommissioned for good! 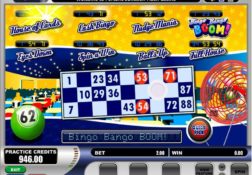 As for what made that now retired and long gone fruit machine so very appealing to players is the fact is gave played all manner of winning opportunities from its base game bonus features, but those features could and would be triggered time and time again!

The Bingo game which was the main bonus feature round was also triggered very frequently and players would love the high payout potential that bonus game offered them and would always be very eager to trigger it.

The one other featured that made the Bingo Bango Boom slot game and all other ones that Microgaming launched attractive slots to play was that they could be played for some very low stake amounts and they always gave players plenty of fun and winning opportunities form their bankrolls too!

The Bingo Bango Boom Slot has a payout percentage of 96.50%.