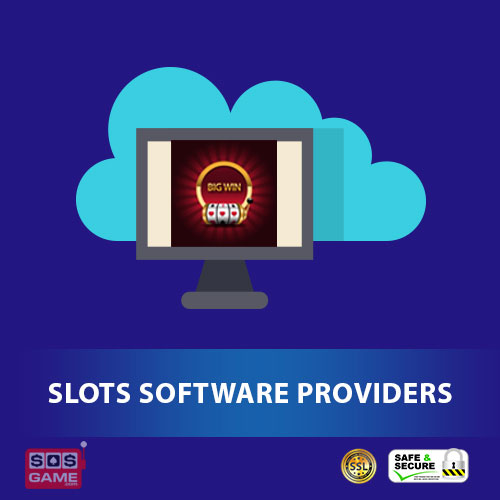 Once upon a time when there was no Internet, people who would play slots in land-based casinos did not really pay attention to the name of the slot provider. Truth be told, there weren’t as many providers as there are today, and the offer of slot games was not so huge either.

However, it all started to change with the first online casino and the rapid Internet expansion across the globe. Suddenly, there arose this enormous need for new and different video slots, and users on the web were hungry for fresh content, which paved the way for many companies that have emerged in a very short period of time. Just like with every other industry, online slot providers either succeeded or failed, but only a few have managed to preserve the quality of their games.

We compiled a comprehensive list of both active and inactive slot providers. Feel free to examine both lists, and make sure to scroll down and read more about the most popular land-based and online slot developers nowadays.

Just for the Win

Land-based vs. online slot developers — what is the difference?

Both land-based and online slots have certain advantages and disadvantages, but if we were to choose the better option at the moment, we would definitely go for online slots. Read on!

The main advantage of land-based slots is clearly the atmosphere that casinos offer. The sounds of smooth music, people chattering, and slots clinking is a unique sensation that every slot lover should experience.

On the other hand, online slots are much more diverse since they offer thousands of titles that suit everyone’s taste. Furthermore, the competition between online slot developers is on a much higher level, resulting in amazing slot games which are overall more generous than slots at land-based casinos. Although there are excellent slots that you can find at land-based casinos, they are still lagging behind online slot developers.

However, if we were to point out the main difference between the two, it is undoubtedly the number of players that can play one slot at the same time. You see, when you enter a casino and take hold of a slot machine, nobody else can play it except for you. On the other hand, it is possible that hundreds of players simultaneously play the same video slot at an online casino.

Let’s list some of the most popular land-based slot providers. Please bear in mind that most of them offer their games online as well, but unlike online slot providers, they also supply land-based casinos with games.

Vegas is home to some of the most popular land-based slot companies at the moment: High 5 Games, WMS, IGT, and Bally.

High 5 Games was founded back in 1995, but they made their first video slot in 2002. At the moment, they have more than 300 games and are available in 50 countries around the world. Some of the slots that made them popular are Da Vinci Diamonds, Cats, Golden Goddess, and Black Widow.

WMS Gaming was founded in 1991 and entered the market in 1994. Their first land-based slot called Reel ‘em instantly became popular and was followed by the titles such as Jackpot Party, Boom, and Filthy Rich. Although they have still been selling land-based machines, they are also focused on online slots and have made significant success thereof as well.

International Game Technology PLC (IGT) was founded in 1990, and the company’s headquarters are currently located in London, England. They are one of the most successful slot development companies of all time and offer both online and land-based slots.

Bally is the real deal in this world of slot providers as it is one of the oldest slot-making companies across the globe at the moment. It was founded back in 1968 and managed to preserve high-quality slots, some of which are available online as well. They have been a part of Scientific Games since 2014 and have become one of the brands that represent SG, along with WMS.

Playtech started developing slots back in 1999 and turned towards the online slot market shortly after that. However, it still plays an important role in the world of land-based casinos as well. What makes them stand out is the licenses they have for superhero-themed slots, such as X-Men slots, Iron Man, the Incredible Hulk Slots, and more.

Barcrest is also a part of SG now but has a very long history of making land-based slot machines. In fact, they have recently celebrated the 50th anniversary. Some of their famous online video slots are Rainbow Riches, Merry Money, Top Spot, and more.

Novomatic was founded in 1980 by the billionaire Johann Graf. This company was one of the major casino game suppliers for casinos all over Europe and is now considered to be one of the most successful casino game development companies in the world.

Blueprint Gaming is one of the leading slot developers in the United Kingdom. Apart from making online video slots for the global market, they also focus on land-based gaming terminals and have more than 100,000 ones in the UK.

Let’s take a look at the most popular online slot providers. NetEnt and Microgaming are the two companies which top the list at the moment, so we are going to start with them.

Ever since its beginnings, NetEnt has been on the frontier, making innovative slot games and pushing the boundaries of the online slot industry. You can find their games on most online casinos, and some of them have already developed the cult following among many players. If you consider yourself a slot lover, you have probably already heard about titles such as Starburst, Gonzo’s Quest, Vikings, Guns N’ Roses, and others.

Microgaming is the second most recognizable online brand when it comes to online video slots. They started back in 1994 and gradually managed to find their way to the top. Their slots are usually based on interesting topics, and many of them include progressive jackpots. As a matter of fact, Mega Moolah is currently the most popular progressive slot thanks to which many players have become millionaires. Other popular titles from this developer include Immortal Romance, Wild Scarabs, Thunderstruck II, Major Million, Jurassic World, Game of Thrones, and more.

If we were to choose one word to describe slots made by Play’n GO, it would be smooth. They pay a lot of attention to the gameplay, graphics, and animations that can instantly capture your attention if you prefer playing visually beautiful slots. The most popular slots from this developer at the moment are Book of Dead, Rise of Olympus, Star Joker, Fire Joker, Gunslinger, and others.

Eyecon started in 1997 as a game development company known for their successful title called Gore. Shortly after that, they decided to focus on casino games instead and have made some excellent video slots since. At the moment, the most popular online slots from Eyecon are Fluffy Favourites, Shaman’s Dream, Temple of Isis, Fireworks Frenzy, and White Wizzard.

Big Time Gaming (also known as BTG) offers a wide variety of online casino games, and the thing that makes them stand out is the number of languages in which they provide their products. At the moment, you can find their portfolio in 20 world languages, including the big ones such as Chinese, Russian and Japanese.

Pragmatic Play is labeled as one of the fastest growing online casino games development companies, and some of their popular slot games are Wolf Gold, Leprechaun Carol, Great Rhino, Asgard, Chilli Heat, and Da Vinci’s Treasure.

NextGen Gaming has always closely followed trends in the industry and managed to stay close to the top. It was founded back in 1999 and has been doing an outstanding job when it comes to the quality of their games. Some of the titles that achieved big success are Foxin Wins, Jackpot Jester, Wild Plunder and 300 Shields.

Yggdrasil is one of the leading online casino games providers. Online slots are just a part of their huge offer, as the company also focuses on RNG lottery, live lotto, scratch cards, keno games, and more.

The total number of online slot developers is huge, and we cannot list them all here, on this page. Some of the names that make great slot games and are also worth mentioning include iSoftBet, Lightning Box, Thunderkick, Quickspin, and Playson. Of course, if you want to check out slots from some of the providers which are not described here, make sure to check out the list at the beginning of this article as it contains all active and inactive providers of online video slots at the moment.