There are hundreds of different slot machine designers and providers these days, so often when a brand-new company is launched, it doesn’t raise players expectations too much, as they will have become accustomed to playing lots of different new slot machines in all playing environments.

However, what makes Golden Rock Studios a company that does warrant much closer attention is its management team, for the they have been involved in the gambling industry for many years and they are very well known and respected in that marketplace too.

James Curwen – James was previously employed by William Hill as their CPO and as such if there is one thing he is vastly experienced at, it is knowing just what players look for and he knows how to go about supplying players with the best type of gaming experience possible too.

Will Mathieson – Will also worked for William Hill, as their Director of Gaming, and having helped that company become a true force to be reckoned with, he felt the time was right to turn his attention to his true passion, that being the design and development of slot machines and casino games and ones that players want to play. 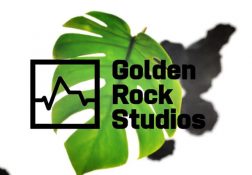 Let me now walk you through some of the many unique features and standout qualities that are going to impress you the most about the brand new and highly playable range of Golden Rock Studios slot machines.

The very first thing I should point out to you about those slot games, is that they are multi-stake and multi-denomination slots, and as such when playing them for real money you always can set them to play for stake levels your bankroll and gambling budget can sustain and that you are comfortable playing for.

The playing structures and formats of their slot games ensure that players will always have plenty of pay-lines and ways to win in place, and bonus games and bonus features are built into each slot too.

It has to be the way those bonus games and bonus features are triggered and then play off that will excite players the most, and with some much higher than average long term expected pay-out percentages attached to each of the Golden Rock Studio slot machines, players will find they do get some much longer slot players sessions and more winning opportunities when playing them.

It is the case these days that slot players tend to play slot machines just as much on their mobile devices as they play them online, and as such it will not surprise you to learn that all Golden Rock Studios slots have been designed to be fully compatible with both of those playing environments.

If the mobile device that you want to use to access their slots has a touch screen capability, then you are good to go and really are going to find those slots just a much fun to play as their online versions of each slot.

I should also point out that there are no differences regarding the stakes levels or the pay-out percentages their online and mobile versions of the same slot machines and slot games can be played for and pay-out to, and as such you will never have to make any compromises when playing Golden Rock Studios designed slot machines in either playing environment. 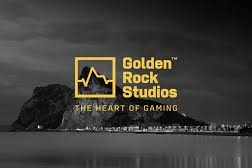 If you are much more of a casino card and table game player, then it really is about time you discovered the brand-new games that are offered from Golden Rock Studios, for no expense has been spared regarding the design of those games.

Currently you will find they offer Blackjack games and Roulette games; however, those games are not just the standards variants that players have become very accustomed to playing.

The Golden Rock Studios Black Blackjack game is another game that players are going to very quickly warm to, for due to the way that particular card game has been designed is that it is possible to achieve a winning pay-out that is paid out at odds of a whopping 246/1.

Therefore it is very true and fair to say that when playing any of the new Golden Rock Studios games you do have plenty of additional winnings opportunities, and will also always have the chance of winning more than you could ever win playing standard casino games from other providers.

Thanks to the experience of the management team at Golden Rock Studios, I do feel that if you are a slot player that is demanding the ultimate slot playing experience, you should give some of their slot machines a try, for thanks to their very unique design and playability, you are going to have a ball playing them.

Being a new slot game provider though, Golden Rick Studios have a clean sheet so to speak and have a passion for pushing the boundaries in the design of video slot machines.

You can of course sample the delights of playing their slot machines for free and at no risk directly from our website or at any casino site or on any casino app that now has their range of games on offer, and you can switch over to playing them for real money if you feel they are worth your real money gaming action.