What Single Session Slot Playing RTP’s Can You Achieve?

As you may be aware, every single slot machine you will come cross will have been set to return a certain pay-out percentage, and that figure could be a low one or a high one. 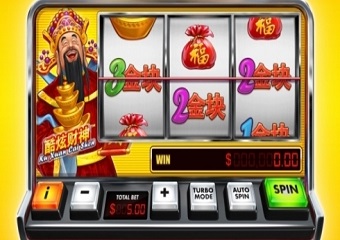 Slot players do need to play those slot machines that have the best pay-out percentages, as that way over the long term when playing any slot machines, you should get a fair percentage of your stake money paid back out to you as winning pay-outs.

For reference the average RTP of most online and online slot machines, is around the ninety five to ninety six percentage range, so if you do discover any slot machines with a higher RTP which is what a pay-out percentage is often referred to as of over 96% then those slots are going to be worth playing.

Keep in mind you do have a lot to learn about other aspect of playing slot machines so feel free to check out some of my additional guides such as which are the top paying pick and win bonus games and the best slots with randomly awarded bonus games and also find out how do pick and match bonus games work.

How to Work Out Single Session Slot Game RTP’s

For those of you that like to know just what pay-out percentages you have achieved when playing slot machines, then now I will give you a simple mathematical equation that is going to allow you to do just that.

All that you are then going to have to do is to divide the winnings by the stakes, and as an example lets say you have won in total when playing a slot machine over any period of time 334.00 and you played through a total of 412.60 in stakes, then dividing 334.00 by 412.60 works out as 0.80, to two decimal places, which is what you need to use. 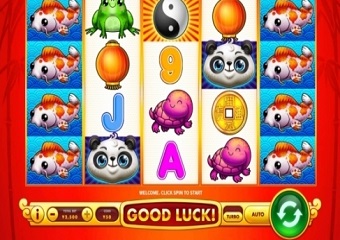 Now, if the figure you arrive at when you do the maths, begin with a zero, as in the example below just remove the zero and the decimal point and you have the pay-out percentage you achieved on that slot playing session, which in my example is 80%.

However, you are going to win sometimes when playing slot machines and as such you may achieve a pay-out percentage of over 100% when you do so.

As such let me give you an insight into what to do when you win, as per the pay-out percentage you have achieved.

If the figure you arrive at begin with anything other than a zero then simply remove the decimal point and keep the two numbers to the right of the now removed decimal point and you get the RTP for that single session, and in my example that is 168%.

Do consider keeping track of the pay-out percentages that you a achieve over one or more slot playing session as by doing so you will always get a good overview of just how well you are going or not as the case may be when you play any slot machines.

Many people will however work out their pay-out percentage on any one single slot playing session and if they achieved a very low one they will then ask the casino support team at the casino they are playing at for a small bonus to make up for their poor paying session, but keep in mind or the long term the RTP’s you will achieve will be around the RTP the slot machine has been designed to pay-out, unless you have been very luck or unlucky.

Make no mistake about it, slot machines are getting very technically advanced these days, and you are always going to find plenty of brand-new slot machines to play, no matter where you choose to play them.

But the only realistic way that you are going to get some high valued paybacks when playing slot machines is by you tracking down and only ever playing those that have been designed to give players more of their stakes, back as winning pay-outs over the long term, so actively be on the hunt for slots with higher than average RTP’s.

But never lose track of the fact that casinos are expected to win money off the players of their slot machines due to the house edge each slot machine has built into it, so never be under the impression that you are always going to win when playing slot machines as that isn’t going to be the case, and you must take the winning sessions with the losing sessions as part and parcel of being a slot player.