Slot players do enjoy playing slots such as the Starburst from NetEnt, and it is the unique way that slot plays and pays that makes it an exciting slot to play come and find out more. 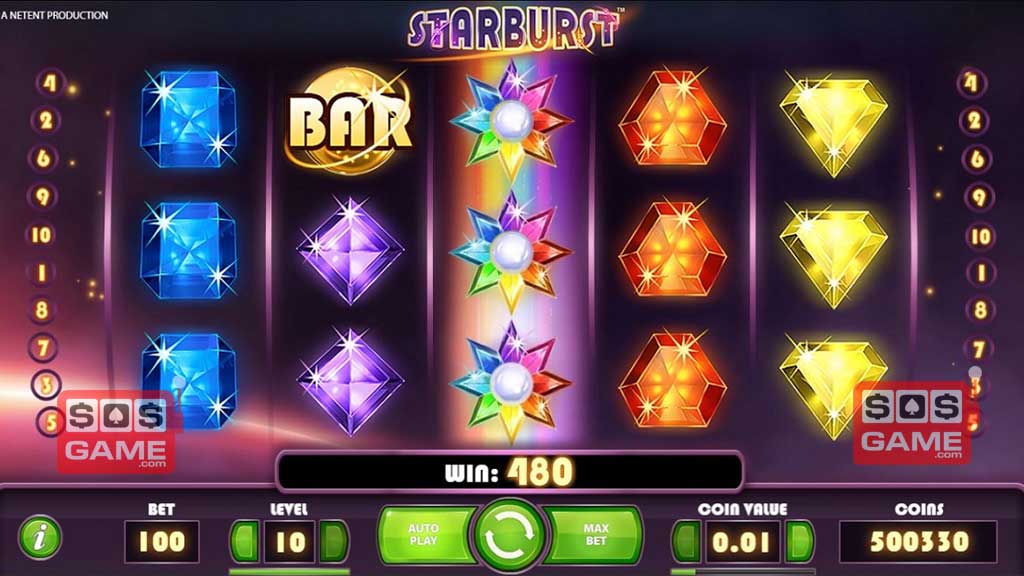 Where Can I Play Starburst For Real Money?

Flying up, up and away, is what slot players are going to be doing when they play the NetEnt designed Starburst slot, for it comes with its own out of this world type of theme and one dominated by valuable interplanetary crystals and gemstones.

There is nothing too complicated about the way that NetEnt have designed their Starburst slot, however with just 10 pay lines on offer it is certainly one of their much more cost effective video slots to play.

The way in which it is possible to win big when playing this slot is via its wild re-spins feature, for what players are going to be hoping to see spinning in are the wild symbols on the centre reels.

When those symbols do spin in they can expand to cover the reel they spun in on and a re-spin is awarded, spin in additional wild symbols on the other reels and they too will expand and will then award another re-spin, and some huge amounts of cash can be won when the middle three reels are filled with wild symbols!

The Starburst Slot has a payout percentage of 96.10%.