Fruit machines are a popular type of gaming machine that you will find in most European countries, and they have been around for decades in countries such as the UK, and they are found in pubs, clubs, cafes, amusement arcades and many other places too.

However, being gaming machines that are played with cold hard cash, that does of course mean that there are always going to be people who are out to scam, cheat and rip them off, and over the years there have been many successful fruit machines cheats and hacks that cost the gaming industry in the UK and beyond millions of Pounds.

Be aware that there is a lot to learn about playing slot and fruit machines and if you haven’t ever played any before then learn how to read a slot machine pay table as that will enlighten you as to how they work and operate and just what you can win when playing them.

There are also 10 things you may not know about online slots and online fruit machines and one reason why more and more people do play them online that you may not be aware of is that the online versions then to have much higher pay-out percentages than land based slots and fruities.

I am however pleased to let you know if you do fancy putting into play any type of fruit machine playing system or strategy then each of our top rated and fully approved online casino sites come highly recommended and do offer their players plenty of different types of gaming machines too.

When a fruit machine designer becomes aware that their fruit machines do have some type of programming errors they will quickly fix those errors and issue owners and operators of those fruit machines with a new set of chips that they need to insert into the processing unit in exchange for the old ones, as that way the errors are then eradicated.

However, hover the years many different slot machine emptiers have been discovered and some of the fruit machines with such errors have never been updated and as such many experience fruit machine players are always going to be on the lookout for those fruities and will always be very eager to play them, for by doing so they know that they are not going to lose when they set about playing them.

One fruit machine scam that cost the gambling industry in the UK many millions of pounds over the year was known as strimming or stringing. 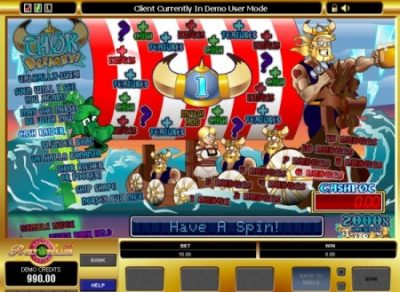 That was as scam which saw fraudsters simply attaching to a coin a piece of sting or using the plastic strimmer wire that is used on a garden strimmer to obtain free credits on a fruit machine.

The fraudster would then simply pull and push that wire in and out of the coin slot and each time they would do so they would obtain credits on that fruit machine. Obviously, all they then had to do was to play off those illegally obtained credits and collect the winnings they achieved as they did so.

As coin mechanism became much more advanced that is when fraudsters put wire onto a real coin and then would insert the coin into a coin mechanism and obtain the credits for that coin but would then pull the coin back out with the string.

However, over the years the designers of fruit machines and coin mechanisms found within them have developed some very advanced coin mechanisms that fraudsters are unable to rip off using either or those two methods.

But sadly, there are always going to be people looking for brand new ways of ripping off fruit machines, so there is always the very real risk that a new scam will appear and one that could also cost the gambling industry dear if they are not discovered and discovered very quickly too.

I think it is very true and fair to say that fruit machines do appeal to a great number of different people and I have heard of many professional footballers that have at one time or another played fruit machines and have enjoyed doing so.

However, never lose track of the fact that playing fruit machines for real money and in any playing environment is a form of gambling, and as such to avoid any risk of getting addicted to gambling you should always play fruit machines responsibly.

The very best way for you o do just that is to set yourself some very strict limits before you do start to play and that wills see you allocating yourself a slot playing bankroll, and also do try and set yourself a loss limit and a winning goal.

Obviously the lower in value you set as your winning goal when playing real money slot machines anywhere the greater your chance of reaching that winning goal will be.