Where Can I Play Gem Burst For Real Money?

Diamonds are a girl’s best friend or so the saying goes, but the gems on the Gem Burst slot could be anybody’s friend. 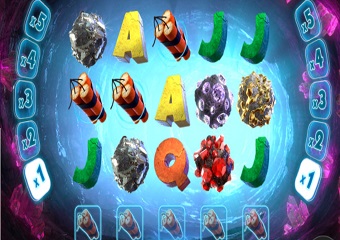 It is often going to be the 243 ways to win slots that players will turn to when they are looking for the maximum winning opportunities, and one such slot from Sunfox Games that has just such a playing structure is the Gem Burst slot.

You will of course be required to wager at least 50 coins per spin to have all 243 ways to win in live play, but that may be a risk worth taking as every single permutation of pay-lines will be covered on the screen.

The big winning pay-out that can be achieved form this slot come from the bonus free spins feature round which is going to see you being awarded with a set of basting free spins, which can be huge paying free spins at times.